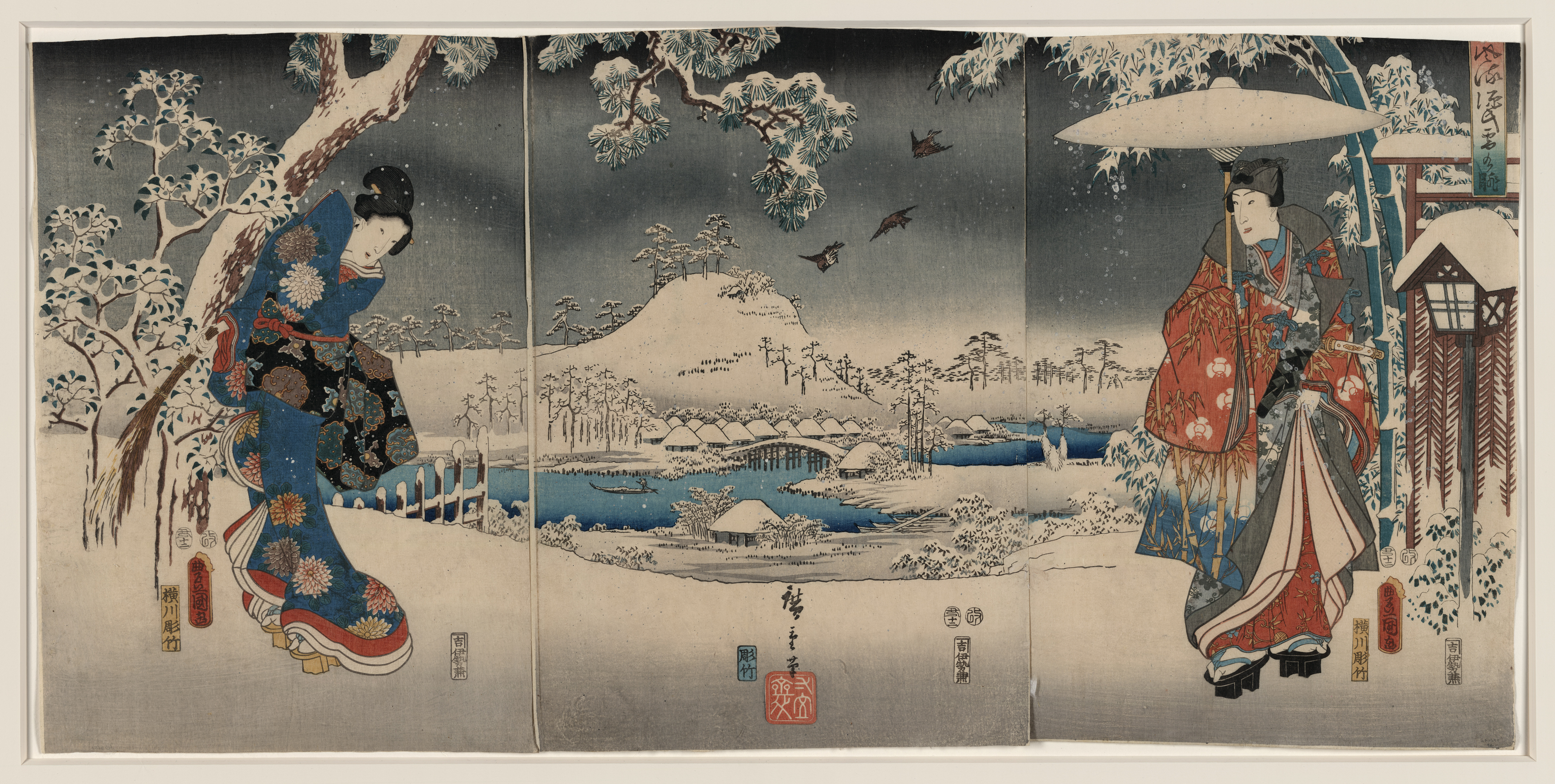 Tale of Genji by Lady Murasaki is world renowned historical fiction, and it’s fame is amplified by the fact that it is written by a woman in a time (Heian Period Japan) when novels were not being written.  It is considered by some to be the first novel world-wide,even though much of it is written in Tanka (a Japanese poetic style).

There seems to be a dispute about if one person wrote it or not.  It was so full of characters, rumors and court gossip that I found it hard to read. I read one too many love poems or notes written on a fan, and I could not take anymore. So I asked a friend (who studied International Relations and was an English student of mine) about it. She said these words, “Poor translation.” I found out from her that the point of the book is hate kills, but I never got any of that poignant point. Now remember how many times the bible has been translated, or how language changes, or how metaphors can change meaning over time or depending on who hears it.

In Japan, there is an expression, “A beautiful woman has eight faces.” What did you think when you read those words? In Japan, in actuality, it has a very derogatory meaning and implies a manipulative personality. In Chinese, there is an expression, “May you live in interesting times.” It is actually a curse, so do we really know what the stories coming from hundreds and hundreds of years ago mean?

I wonder, because it has significance for our times and the Tower of Babel we’re living in. As you think about this, consider that this novel written 1,000 years ago is still being argued about as to whether it was written by one person or not. How much more so the meaning of words written multiply thousands of years ago like the bible?

Isn’t it important to find what we all can agree on?