Can You Say Neo-Nazis? 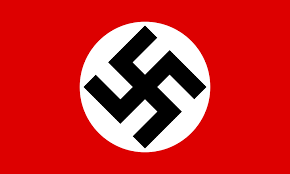 Has it struck anyone that you keep hearing people shout out against White Supremacists and the KKK, but in many places starting with Trump right down the line you don’t hear people say Neo-Nazi after the fact of Charlottesville? The chants of the so-called White Supremacists were “blood and dirt” and “Jews will not replace us.” Those chants came from Nazis Germany.

Therefore, it strikes me strange that there is not much interest in psychologically combating the hatred against Jewish people that is being stirred up. I wonder why that is?

Do you have to have a prescribed skin color to deserve protection against racism and discrimination? I wonder why there is not much sympathy going out to the Jewish community? Is it because not everyone likes things happening in Israel, when there are things not to like with some people in most religions or groups? Is it because most people are Christian in this country? Does not saying NEO-NAZIS out loud dispel the thought that we may be moving toward the Fascism of Germany, or does it subliminally mist over a subtle discrimination towards Jews that lurks in the basement of major religions? On and off I wonder about this in the midst of what we are witnessing in the USA.

And, not to go off topic here, this is why I don’t like appropriating language like Uber and Grammar Nazis. I mean can you imagine the next cool thing to call someone would go like this, “Man, You’re such a Neo-Nazis,” or the like.